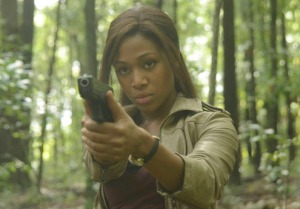 The Revolutionary War and the Colonial era in general have been on my mind lately. First, the new Fox show Sleepy Hollow debuted a few weeks ago. This delicious supernatural thriller, inspired by Washington Irving’s classic Headless Horseman tale, feels like a brand new horror flick each week. And I hate horror flicks. But the story lines make it so hard for me to stay away each Monday night. The flashbacks to the Colonial era and the Revolutionary War set my historical geek heart a-flutter. Then, there’s Nicole Beharie playing the lead character Abbie Mills. I absolutely adored her in the film 42, where she portrayed Jackie Robinson’s wife Rachel. I can’t wait to see how the sparks flying between Abbie and Ichabad Crane will play out in the long run.

Then, I read the novel Her Wicked Sin by Sarah Ballance a few weeks ago. (Yes, I purchased it.) When I saw that this historical romance was set during the Salem Witch Trials of 1692, I couldn’t download it fast enough. This author’s use of dialogue to establish the historical setting was awesome. I thought the first half of the book read like a dream. But when the heroine Lydia mentioned Tituba in the text, bells went off in my head: there are some African-American romances and women’s fiction set during this time period too! Let’s talk about them. (Yes, I purchased all of these books too.)

This historical romance novel is set in New England during the American Revolutionary War. It is based on the real life female spy Lady Midnight, who provided crucial information to help Colonists. Lady Midnight’s true identity was so well hidden back then that nobody can say for certain who she really was. So Beverly Jenkins figured that meant Lady Midnight could have been African-American and proceeded to write Midnight. 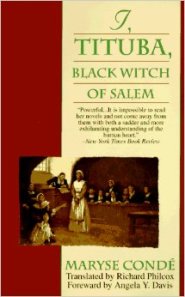 If you are familiar with Arthur Miller’s play The Crucible, then you already know something about the real life Salem Witch Trials and the enslaved woman Tituba who was one of the accused witches. But did you that there was also a retelling of the story written from Tituba’s perspective? Thanks to Maryse Conde (and to her husband Richard Philcox, who translated the original text from French to English) there is. This was one of the very first books I was assigned to read in college. It blew my mind. It is more literary women’s fiction. However, there is a bit of romance in the very beginning of the story. It is worth the read. The hero left a strong impression all those years ago. My classmates and I all wanted to know where we could find a man like that. 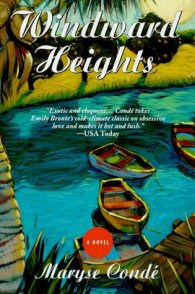 I can’t talk about Maryse Conde and I, Tituba without mentioning Windward Heights. It starts in the middle of the Cuban War of Independence, right before the United States entered the fight. In the United States, we know these hostilities as the Spanish-American War. (Yeah, I know that was in 1898. But it’s still colonists fighting for their independence from another country, right?) This book is about a low-born man who returns to his childhood home, only to find that the girl he loved in his youth is married to the rich guy who lived next door. Sounds a lot like Emily Brontë’s Wuthering Heights, doesn’t it? Well, that’s exactly what it is. Windward Heights IS Wuthering Heights, except that it’s set in the late 19th and early 20th century Caribbean, Heathcliff is African and Cathy is a mulatto. Intrigued yet? Good, go read it. (For the record, I hated Wuthering Heights and, to this day, have yet to finish the book. But I loved Windward Heights. Like a lot “loved it”.)

Have you already read any of these books? What did you think of them? Are there any Revolutionary War or Colonial era African-American romances or women’s fiction titles that I missed? Please share in the Comments.

Right now, I’m working on my own historical romance set in the 1920s. The hero is a World War I veteran who served with the 369th Infantry, also known as the Harlem Hell Fighters. I wanted to know more about the 369th Infantry’s experiences during the Great War since I’m still getting to know this character. Through my internet surfing, I stumbled upon Harlem’s Hell Fighters: The African-American 369th Infantry in World War I by Stephen L. Harris. Ohmigod, ohmigod, ohmigod, this book is soooo good. Not only does Harris give you a detailed account of this Infantry from its beginnings as the Seventh Regiment of the New York National Guard, but you get an unexpected lesson on the early history of jazz in New York City as well as the city’s Draft Riots during the Civil War. My historical geekiness includes all things African-American musical history and the Civil War. I practically drooled as I read about the formation of their military band whose members included James Reese Europe, Noble Sissle and Eubie Blake. (Hardcore old, old school jazz fans know what I’m talking about.) This book is turning out to be an excellent resource for a number of historical events outside the scope of the Harlem Hell Fighters. I’m only halfway through it right now, but I highly recommend it.

4 thoughts on “Do It Revolutionary Style”